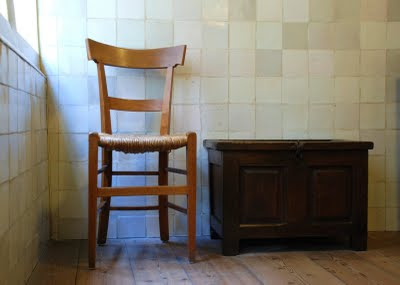 It's part of mankinds condition to relate to all objects, animate and inanimate, in human terms. Toddlers turn their teddy bears into guests for tea, cartoonists promote a beastiary of the bizarre and many languages demand that objects are given a sex. It's a long known fact, of good design, that objects must be created in human terms. The origin of the Georgian window is a case in point. All it's proportions are based on human ones. It's not for nothing that we stand back on the pavement in Merrion Square and admire the twinkling lights of so many panes catching a shrinking sun. We are admiring ourselves.


Any woman, of a certain age, will tell you that you can judge a man by his shoes. After all, that is how the fairer sex judges itself. YSL, Jimmy's or Louboutin's? A shoe may not have a face but it does have a soul. For me the most anthropomorphic of loves is the chair. I like a good human quadruped. Wherever I go I am on the look out to make new friends of the four legged variety. Not dogs, not cats - but chairs.


The Amstelkring in the Red Light District of Amsterdam hosts some Christian examples. These are not the thrones of the Kremlin, the Victorian sofas of Dublin Castle or the Academic mahogany examples of Trinity. These are chairs worn soft by constant vulgar use. Vulgarity being, in chair terms, the highest order. Of course, the Netherlands has form when it comes to sitting down. The most famous chair in art was depicted by Van Gogh. Sitting there, nursing the artist's pipe, the chair waits to provide relaxation for a man whose mind was a hectic machinegun of ideas and emotions. Cousins of that chair sit in the kitchen of Our Lord in the Attics as the museum is known when translated from Dutch. An example (probably late 19th, early 20th century) with an ancient coffer is given above.


Closer to home, in Glasgow, sits one of the greatest of the museums of the British & Irish Isles, the Burrell. This is the collection of a Scottish magnate which was donated to the city of his success. And what a collection! Wonderful works by Rodin, Chinese porcelain, a Rembrandt and so many other delights - each worthy of a sonnet. And there in the cafeteria, some wonderful hide and wood chairs. I have pictured one below. And they say the 70's was a decade that style forgot? These chairs have it! 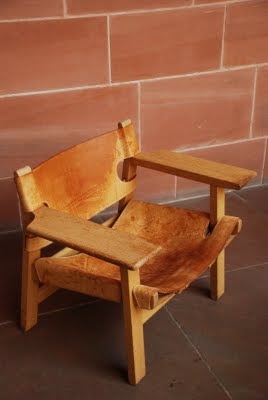 Whether wood of oak, mahogany or pine was shaped and hung with hide or straw each of these chairs, for me, tells us a little about the age and a lot about ourselves.


I think I need to sit down now.
Posted by doctorbob at 13:38 No comments: 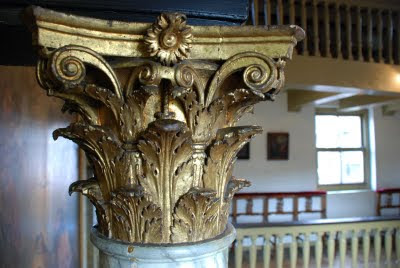 Nowadays every moment of our working life is ruled by the calendar and clock. Every so often a beep indicates another meeting, a ring an incoming call, a buzz a text message and horror of horrors - a tweet. There are now so many electromagnetic ways of demanding your attention that it's hard not to have sympathy for a group of middle aged French Luddites who have retreated to a woody cleft somewhere in the Massif Central to escape the debilitating effects of all these electronic impulses. As they sit there cowering against their alumininium caravans, wrapped in tin foil shawls a certain human impulse empathises.

For the less extreme of us there are holidays. I've just come back from one which I try to do at least once a year. A trip to Holland, the Netherlands, the Low Country. People have all kinds of reasons for travelling East to the Kingdom of the Dutch. For the young and impressionable the narcotics speak loud, for the hippies its the heady scent of marijuana and for the middle aged the chance to sit in a gezellig brown bar drinking jenever and listening to rumpy thumpy Eurovision accordion music. The more discerning travel over to visit the museums and for the nostalgic it's a chance to wander in the steps of long dead comrades who perished in the second world war. 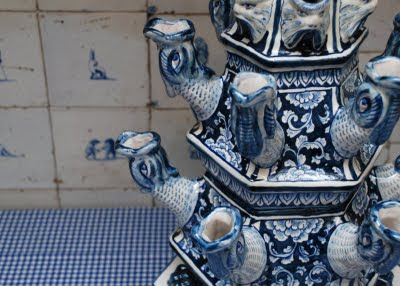 For me there's the opportunity to meet old friends, hopefully make some new ones and practise some apalling Dutch. There is the chance too to study the paintings and architecture of the Golden Age. This is the country of Bartholomeus Van Der Helst, of Carel Fabritus, of Rembrandt and of Johannes Vermeer. Add to that Hoogstraten and Jan Steen. Think too of the landskip experts Van Goyen, Ruisdael, Ruysdael, Hobbema and Cuyp.

Then there is the chance to walk in these artists' shoes in cities that still bear remarkable resemblance to the towns of the 17th century. A wander around Delft reveals Vermeer's hometown, a circuit of Leiden gives scenes of Rembrandt's youth and Harlem echoes memories of Van Der Helst. Even the most mundane of strolls opens up vistas to worlds that hitherto seemed the sphere of oil paints and etchings. Each new view another sigh of relaxation.

Purchasing a museum card allows you to closet yourself with the minds of men and women who passed on centuries ago but still speak to us. Their's is a language immediately apparent to us today. Rembrandt's etchings, carefully displayed in Rembrandthuis, tell stories that highlight the eternal human experience. His are children caught in angry fits and biblical characters contemplating existentialisms. Even a trip to the Van Gogh museum tells us more about what we have in common with a man of enormous willpower who in the end could not hold his sanity together despite the superhuman efforts of his brother Theo. There can be few statements as universal as his canvas of almond flowers. This Chinese inspired oil was Vincent's heartfelt reaction to the news that Theo and his wife had decided to call their newborn son, Vincent. He painted it and presented it to Theo in thanks for this ultimate of gifts. In the museum there is a poignant photograph of two comradely gravestones, one for each brother, and a note that Theo's wife insisted that her husband be buried beside his brother despite the loss she felt at having him interred so far away.

From the good humour of the tram drivers, to the sardonic eye rolls of the waitresses, the narcissism of handsome Dutch men, the friendliness of barflies and earnestness of museum guards the openess of the Lowlanders is a pleasant interchange for visitors. An attempt to speak some Dutch results in even more sincere discussions. There is little danger of beeps, buzzes and electronic whines. There may be advice on a little shop selling advanced furniture, a little known museum somewhere in The Hague or a discussion on post colonialism. The beauty is that as a land, what you put in as a visitor, you get out a dozen times. A visit to this flat and ancient land is a conversation and an escape.


For now I am not thinking of hiding in a French valley. Instead if you wonder where I am as I day dream on my way to work it's probably somewhere in the Veluwe or perhaps sitting quietly in the Amstelkring (pictured at top and above) waiting for the ghosts of tolerance three centuries ago. Escapism can sometimes be the best part of life.
Posted by doctorbob at 19:49 1 comment: